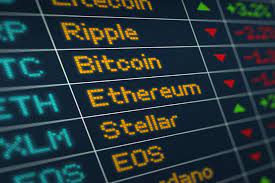 Despite most of us not knowing what a cryptocurrency was ten years ago, there is no denying their presence in global markets today, with the total market cap of cryptocurrency surpassing US$2 trillion by April 2021. With the growing popularity of cryptocurrencies comes the inevitable debate around regulation and transparency, and interestingly, what role could and should Central Banks play in: helping to regulate the sector; ensuring transparency in the market; protecting consumers; and ensuring Banks remain competitive in an increasingly digital landscape.

With the popularity and growing mainstream interest in digital currencies is there enough regulation within the market? Do regulators have sufficient skills and resources to police and protect consumer investors? And is it possible that digital currencies are a fad or trend, or are they here for the long-haul?

Only this week, the Irish Central Bank outlined it has great concern around the rising popularity of cryptocurrencies such as Bitcoin.

In an interview with Bloomberg, Derville Rowland, the Central Bank’s Director General for Financial Conduct said “Crypto assets are quite a speculative, unregulated investment,” and people should be “really aware they could lose the whole of that investment.”

Whether it is in the short-term or long-term, there is no doubting that crypto currencies and assets are becoming increasingly popular, and with the recent volatility we have seen in the market, greater insight and possible regulation of these digital investments is required. Less clear is whether Central Banks should be regulators in the market or become active players by launching their own digital currency.

There is growing debate around Central Bank Digital Currencies (CBDCs), and while different countries have varying attitudes and views, the idea of a central bank digital currency in Ireland is still very speculative and does not look likely to happen in the near future.

The Origins of Cryptocurrencies and Digital Currencies

Cryptocurrencies first came onto most people’s radars when Bitcoin began use in 2009 when its implementation was released as open-source software.

Digital currencies allow payments to be made electronically and function in a similar way to standard currencies that use physical cash, and while the terminology still has some way to go before becoming standardised, to many crypto is a sub-category within the broader digital currency heading. However, as noted by the CBI, unlike standard currencies that can be exchanged physically using notes and coins, cryptocurrencies are only exchanged electronically using lines of computer code. Examples of other well-known cryptocurrencies include bitcoin, ethereum and litecoin.

CBDC refers to various proposals involving digital currency issued specifically by a central bank. A report by the Bank for International Settlements states that, although the term “central bank digital currency” is not well-defined, “it is envisioned by most to be a new form of central bank money […] that is different from balances in traditional reserve or settlement accounts.”

The present concept of CBDCs was directly inspired by Bitcoin, but a CBDC is different from virtual currency and cryptocurrency, which are not issued by a state and lack the legal tender status declared by the government. China’s digital RMB was the first digital currency to be issued by a major economy and has been undergoing public testing as of April 2021.

The EU believes that CBDCs mostly remain in the hypothetical stage, with some proof-of-concept programmes underway; however, more than 80% of central banks are looking at digital currencies, and this highlights just how serious countries and markets are treating digital currencies and the future role they may have for economies.

There is little doubt that cryptocurrencies, and bitcoin in particular, are now very popular digital assets that people want to invest in and trade. We see this even in the past week with the extensive coverage of swinging highs and lows in valuation. For example, at the start of 2017, the value of bitcoin was $882 per coin. Later in the year it soared to $19,343 per coin. However, by the end of 2018 one bitcoin was worth less than $4,000.

And cryptocurrency can’t avoid the future of green and sustainable finance either. Part of the double-digit drop of bitcoins value last month came on the back of comments by Elon Musk to bolster the green credentials of the cryptocurrency. Musk, the chief executive of Tesla, caused major turbulence in the price of bitcoin with a series of conflicting tweets about the token.

Financial regulators in the US have recently pledged to crack down on any manipulation or abuse within the industry, while advocates insist the government must lay out clear, consistent rules for all to follow. Priorities for policymakers include tackling soaring and volatile prices; new technology; growing pains for platforms; security concerns; consumer protection; and more money meaning more taxes.

In May 2021, chief executives of several leading US banks expressed caution about dealing in cryptocurrencies in testimony released ahead of their scheduled appearances before a US Senate committee. And just this week, the European Securities and Markets Authority (ESMA), the EU’s securities markets regulator, published a call for evidence on digital finance, which “aims to gather relevant information on particular issues including value chains, platforms and groups’ provision of financial and non-financial services.  The feedback will contribute to ESMA’s technical advice to the European Commission.”

The Future Role of Central Banks

Approaches by Central Banks to digital currencies differ substantially, depending on the market in question. Sweden’s Riksbank is working on preparing for a possible procurement of an issuable e-krona. It has stated that in 2021, its e-krona project will work on: investigating the need for and effects of an e-krona on the Swedish economy; testing the technical solution for the e-krona within the e-krona pilot; investigating whether and if so how an e-krona would affect Swedish legislation and the Riksbank’s task; and comparing different technical solutions and a models for an e-krona.

In an interview in April 2021, Luis de Guindos Vice President of the ECB, outlined that “central banks have played a key role worldwide in dealing with the pandemic and we must make sure we are also well equipped to deal with any future challenge, on all fronts. Our current focus is to deepen the analysis of how a digital euro should work and what it should look like to benefit European citizens and our economy. The Governing Council will decide around mid-2021 whether to initiate a project for the possible launch of a digital euro.”

In Ireland, the CBI outlines its Mission as “The Central Bank of Ireland serves the public interest by safeguarding monetary and financial stability and by working to ensure that the financial system operates in the best interests of consumers and the wider economy.”

The previous Governor of the CBI, Philip Lane, now Chief Economist at the ECB, outlined his views that there is a good case for creating a European digital currency.  “I think there’s a clear conceptual case, and a lot of practical issues to think about,” he said.

Paschal Donohoe, the Irish Minister for Finance, has cautioned this, however, saying that a debate on any such digital euro currency was at “an incredibly early stage”.

To CBDC or to Not CBDC

Much work has already been done by regulators globally to catch up on the increasing use of crypto currencies, and with the growing interest from investors wanting to get in on the action – and not just traditional or institutional players but everyday consumers accessing the market through products like Revolut – it seems that digital currencies will be around for the immediate term at the very least. Which means action is needed now to regulate the market.

The Covid-19 pandemic has changed our relationship with money forever, and our transition to digital payments in the wake of the pandemic is unquestionable. For example, according to figures compiled by the Banking and Payments Federation Ireland (BPFI), some 320 million card payments were made by consumers and businesses in the first quarter as use of ATMs continued to slow due to the Covid-19 crisis. With many businesses only accepting cashless payments, the use of ATMs to withdraw cash fell by 44 per cent during the January to March period, with cheque usage down 26 per cent. And contactless payments volumes by contrast jumped 12.9 per cent to almost 149 million in the first quarter. This is a continued trend over the past number of years, with

Many believe that with the growing transition to digital payments, it is only natural that money and currencies are adapting to technology and the “new way of doing business”. The clear challenge with this thinking, is that with no regulation or oversight, the potential risks involved are far greater, and it is likely that the everyday consumer will be the most impacted. That’s not to say over-regulation is the solution either – markets are by nature subject to change, volatility, and highs and lows, and individual behaviour must be accountable to a large degree.

Many of the issues described in this article, like market volatility and the role of central banks, stem from whether the digital currency is regulated (CBDC) or unregulated (crypto, virtual currencies), and maybe not from the fact that it is a digital currency. Therefore, central banks might only have a role in financial stability of CBDCs, while the consumer protection concerns, and market volatility would relate more to the crypto side.

Either way, while we are still some way off from most countries having their own digital currency and standardising terminology and providing greater clarity between regulated and unregulated currencies will be important steps to minimising the risk around these currencies. Additionally, markets and regulators need to take this time now to ensure they are providing the right protections, ensuring transparency, upskilling and managing resourcing – particularly given how quickly the technology is advancing – in order to minimise volatility within the market and best protect consumers and economies by minimising unnecessary or avoidable risks.