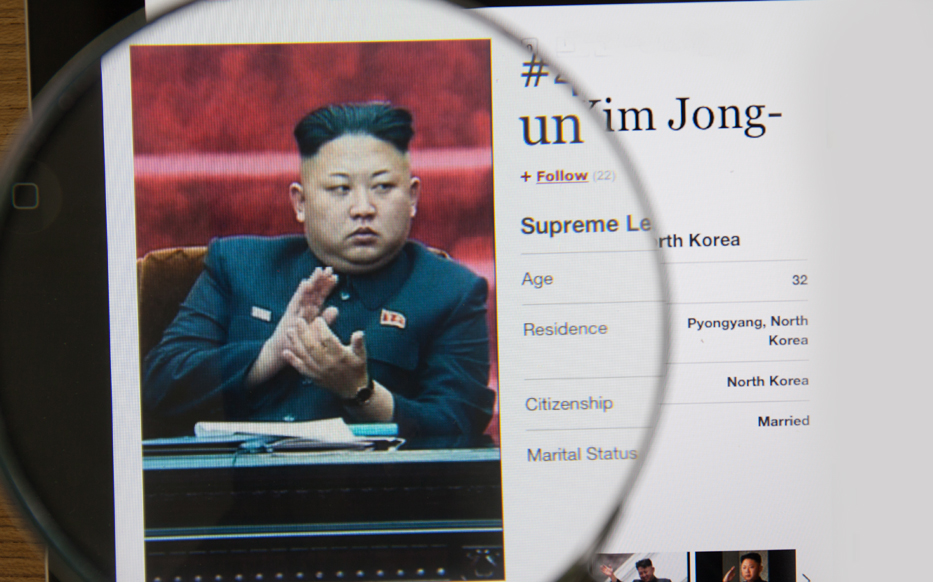 Few other countries command attention like North Korea. An outlier on the international stage, the country is viewed with a mixture of fascination and fear.

Bristling against external influences and what it perceives as threats to its security and way of life, its many actions, both internally and externally are constantly monitored and reported. The focus of international media and commentators all over the world, barely a week goes by with the country or its leadership not in the news headlines.

Hume Brophy has examined the ongoing social media conversation taking place around the isolationist state, its leadership and its people to get a sense of who is driving the various conversations, and indeed dominating them.

Given the potential breadth of the conversation, we specifically looked at two hashtags, #NorthKorea and #DPRK over a one month timeframe. The research and analysis yielded some expected results along with a few surprising insights.

The social conversation around North Korea, as expected, is generally dominated by international news organisations and relevant official sources, with little-to-no commentary from within the DPRK itself. We noted significant spikes in late April and mid-May around North Korean missile tests and related commentary. Indeed, some of the most prominently associated hashtags noted in our analysis were #Missile, #Military, #Nuclear and #WW3.

It is no surprise when analysing the key media influencers known for their social media conversation on North Korea to see journalists from the major international news outlets right at the top of the list.

Representatives from Reuters in the form of their North and South Korea correspondent James Pearson, the Washington Post’s Tokyo bureau chief Anna Fifield and the former Wall Street Journal Korea bureau chief Alastair Gale all take their place among the top 10 Twitter influencers when it comes to North Korea.

However there is a place in this top 10 for academic influencers with a current Global Fellow at the Wilson Centre, Jean H. Lee, occupying the top spot. Indeed, in second place is James Pearson who has penned one of the most revealing and researched books on life within North Korea.

This pairing at the top along with the wider top 10 influencers tells us a number of things; firstly that there is an appetite for understanding North Korea through an academic lens, of well-researched and evidence-based discussion as to just what North Korea is and does.

The social conversation around North Korea, as expected, is generally dominated by international news organisations and relevant official sources, with little-to-no commentary from within the DPRK itself

Secondly, it is important to look at the numbers involved. Three out of the top 10 influencers are consistently covering the Korean peninsula, with the remaining seven a mix between local and international news outlets and journalists based in the region.

Leaving aside the BBC Breaking News Twitter feed with over 3.2 million followers, the other nine influencers are averaging around 30,000 followers each, not jaw dropping figures for a subject which garners such attention.

Therefore, it is the type of influencer which we must consider. They are not the large, and occasionally sensationalist, news wires with a large, multi-channel presence and millions of followers.

Instead they are respected and accomplished individuals; academics and journalists who are embedded in the region, in its history and in its identity. Of course, they may pen their work under the name of some of world’s largest news publications, but their articles are populated with personal experience and a connection to a region which acts like a magnet due to a great prevailing interest in the intrigue of what is what going on north of the DMZ.

Their insights and expertise are better suited to the pages of books and journals or feature length articles across quality print and online journalism; Jean H. Lee’s research project on North Korean tourism, James Pearson’s North Korea Confidential (co-authored with Daniel Tudor) are perfect examples of the story that is there to tell.

The reason? A favour for traditional journalism, of cultivating sources and using investigative tactics to tell a story or deliver an academic opinion; mixed with the allure of understanding the unknown. It is for this reason they are the top North Korean influencers on Twitter; they are driving the discussion as they are, or were, living it.

Which is perfectly understandable when we take into account what we know about North Korea, which isn’t a lot. It needs an on-the-ground presence to develop the story, a process that takes quite a bit longer than our instantaneous, live-tweeting or streaming habits we have come to rely on.

Political influencers are almost non-existent in our Twitter analysis; the United States Embassy in Seoul just about making it inside the top-50.

There is, however, an interesting influencer to note and points towards the United States’ ongoing fascination with the region. A former Asia correspondent for Voice of America occupies the number eight spot in our analysis.

Voice of America is fully funded by the United States Government, even sharing the same budget as that of embassies and consulates. It is significant that a journalist for an outlet that has been mentioned in the same sentence as propaganda is considered a top influencer on a country which is a constant thorn in the side of any American administration, and one that is partial to some propaganda itself.

Overall, as with many other areas of its society, North Korea bucks the social media norm. A country that does not look to drive publicity or popularity among external audiences, its insular focus ensures that while it is a focus for conversation, it chooses not to participate.

This makes sense when we consider that its most important audience is internal and all messages are closely controlled. While we don’t get a lot coming out of North Korea as a result of this, all is not lost for the social media user who wants an occasional update Kim Jong-Un’s state.

It may be slightly at odds with the trends of our 24/7 news cycle, but it remains an almost obsession to some willing to share their knowledge and opinion of North Korea, its people, its true identity and, ultimately, its future.