TRIPS and Jabs – vaccine patent waivers and the WTO 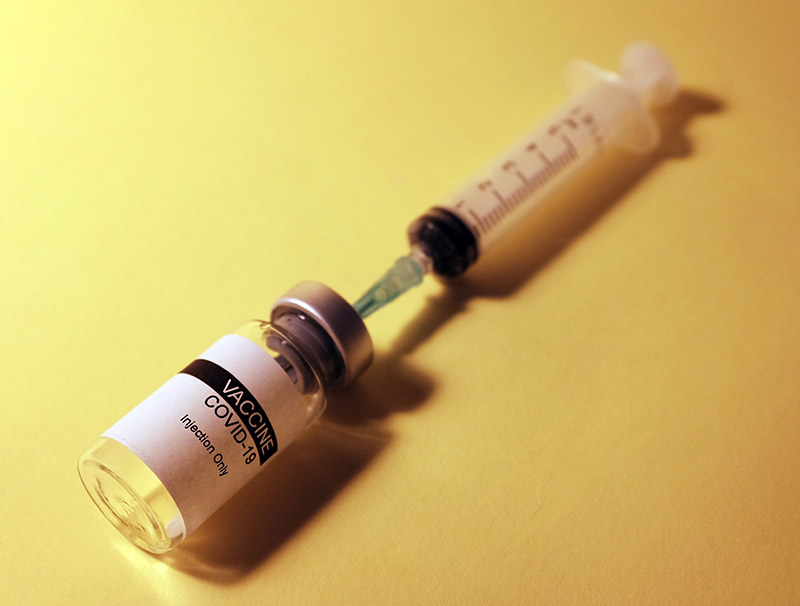 In October last year, India and South Africa launched a proposal at the WTO to waive large parts of the Agreement on Trade-related Aspects of Intellectual Property rights (the “TRIPS Agreement”) in relation to the prevention, containment or treatment of COVID-19, for a to-be-negotiated number of years.  They quickly garnered support from many others, including African and Least-Developed Countries.

Proponents argued that the challenges posed by the pandemic could only be addressed effectively by waiving TRIPS obligations.  Others were not convinced, contending that a waiver at the international level could be counterproductive and undermine ongoing collaborative efforts.  There has also been debate about the usefulness of existing flexibilities in the TRIPS Agreement.

Director-General Dr. Ngozi Okonjo-Iweala – a former Chair of the Board of Gavi, the Vaccine Alliance – suggested a “third way” to broaden access to vaccines through facilitating technology transfer within the framework of multilateral rules, so as to continue to encourage innovation while simultaneously scaling up manufacture. She urged waiver proponents to review and revise their proposal as a starting point for text-based negotiations.

Then, in a remarkable turnaround, U.S. Trade Representative Katherine Tai also indicated support for text-based negotiations on a targeted waiver, on the basis that the global emergency called for extraordinary measures.  This has transferred the burden of opposition to others such as the European Union, Japan, the United Kingdom, Switzerland and Brazil.  They hold fast for now but will face added pressure once India and South Africa table a revised, narrower proposal.

This debate is generating considerable heat and consuming a lot of time and resources, with much more to come.  Some observers are beginning to ask if it’s worth it.

Recent research by Chad Bown (Peterson Institute for International Economics) and Thomas Bollyky (Council on Foreign Relations) has thrown light on the complexity and fragmentation of current vaccine supply chains (as explained by Bown here in a PIIE webinar).

Vaccine manufacturing and delivery is a multi-stage process often involving extensive international collaboration: from research and development to clinical trials, through to manufacturing specialised raw materials, obtaining the necessary capital equipment, on to ‘fill and finish’ providers (necessitating more components and capital equipment), and then ultimately to developing complicated distribution channels in vastly differing environments.

This involves multiple players – not just ‘Big Pharma’ – who have to coordinate their activities precisely in the midst of a pandemic. A shortage of any one input will lead to a bottleneck in the entire process.  So complex is the entire operation that even highly experienced and sophisticated players in the United States, India and Europe have encountered production glitches from time to time.

Bown and Bollyky propose a ‘Covid Vaccine Investment and Trade Agreement’ (CVITA).  In their view this is necessary because, except in the very largest countries, vaccine manufacture can only be scaled up through effective cross-border coordination and cooperation.  CVITA could also increase transparency and outlaw export restrictions.

Sensible as this seems as an objective, CVITA may be difficult to realise as an immediate practical response to the current pandemic.  However it does have some echoes in International Chamber of Commerce thinking on a ‘supply chain watchtower’, a public/private partnership to build up a real-time picture of where potential bottlenecks could arise, and to coordinate investment.

Meanwhile, using figures supplied by Airfinity (a predictive science intelligence company), Simon Evenett of the University of St. Gallen in Switzerland has noted that forecasts for vaccine production are continually being revised upwards.  It’s now estimated that cumulative global production could reach 10.6 billion doses by the end of this year (this article from Nature quotes Airfinity data from March).  Even allowing for the facts that some supply chain information is sensitive, that there could be a degree of under-shooting and that this does not take into account questions of equity in distribution, a figure anywhere near this would surely represent a remarkable human achievement in such a short time.

If Bown and Evenett are right, then wrangling over a carefully crafted WTO TRIPS waiver might take up a lot of energy but only be of marginal relevance in terms of addressing the immediate crisis.   Setting up a more collaborative framework for future international cooperation (such as CVITA) could be more productive.

In a recent Politico interview former WTO chief Pascal Lamy also cautions that negotiating a TRIPS waiver could be time-consuming.  He wisely reminds us of the clear and present danger of north-south vaccine inequity.

Acknowledging the reality that a TRIPS waiver will take precious time to negotiate, there are longer term strategic and political considerations at play which mean that the proposal by India and South Africa will probably remain at centre stage.  There is a longstanding, ongoing debate about the relationship between intellectual property rights, their role in innovation, and responses to health emergencies.

A WTO declaration adopted in 2001 (in the context of HIV/AIDS, tuberculosis, malaria and ‘other pandemics’) clarified some of the flexibilities in the TRIPS Agreement, which was to be interpreted as supportive of countries’ rights to protect public health and promote access to medicines.  While recognising the importance of intellectual property protection for the development of new medicines, it stressed the need for TRIPS to be part of wider national and international action to address health emergencies.

Pascal Lamy also backs the current DG’s plans to use the WTO’s convening power to address a range of possible solutions to vaccine scarcity and lay the groundwork for longer term plans.

It would seem seriously remiss if the WTO were not to revisit these questions in the light of the COVID-19 pandemic.  The debate must and surely will proceed. But we should not expect a silver bullet.