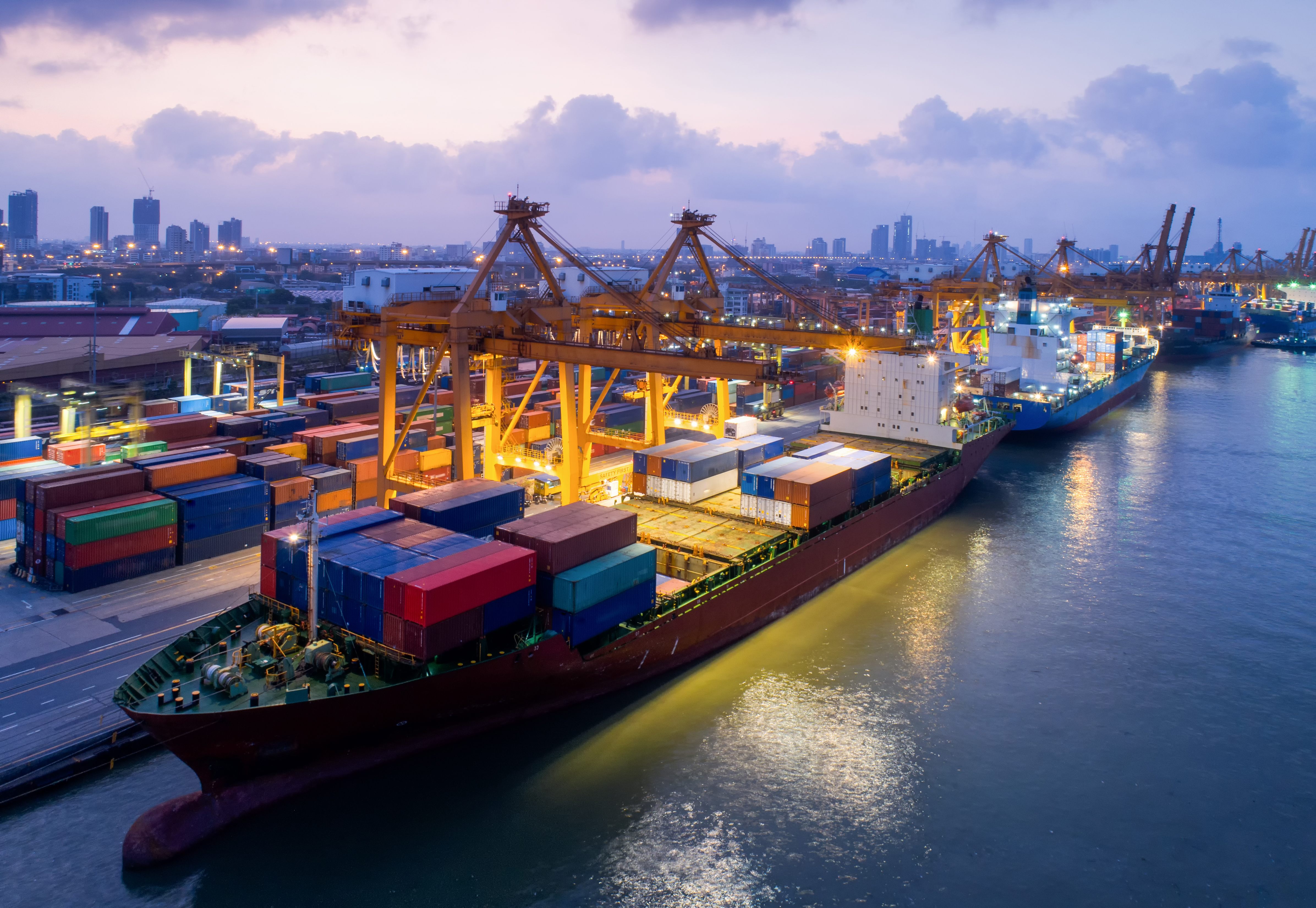 At the recent G20 and G7 meetings in Osaka and Biarritz, world Leaders again expressed serious concern about the state of the WTO.  From varying perspectives, it has not been able to stem rising protectionism, or to solve trade disputes efficiently, or to make progress on modernising trade rules.

There is, arguably, more than a hint of hypocrisy in this given that it is these major economies themselves, and not the WTO, which have given rise to these very problems.  Nevertheless we need to take the concern at face value.

Whatever their individual domestic political and economic imperatives, political leaders seem to share a common fear that the system which has guided world trade for the last seventy years is not functioning efficiently and is under threat – and they want to do something about it.  The problem is that their prescriptions for reform of the WTO differ.

The most pressing issue in the reform debate is dispute settlement.  Many of the biggest disputes end up in the WTO’s final adjudicative process known as the Appellate Body.  This is a standing body of well qualified and experienced trade lawyers and professionals – of which there are supposed to be seven in number, three of whom must sit on any one case.

The United States in particular has been dissatisfied for some time ,beginning before the current Administration, with a number of the rulings by the Appellate Body, as well as with the time taken to hear cases and with some of its working procedures.  The main area of concern has been so-called “trade remedy” cases involving anti-dumping and subsidies. The Body stands accused of “judicial overreach” and misinterpretation of relevant WTO agreements.

Underlying the controversy are differing visions of the purpose of the system. Some tend to see the Appellate Body as a type of international court, while the U.S. views it a minimalist arbitrator of the various WTO agreements which should intrude as little as possible into domestic processes.

As a result, the U.S. has been blocking new appointments and re-appointments to the Appellate Body.  Whereas it previously had the full complement of seven members, it is now down to three, the bare minimum to hear a case. While members are meant to disavow national considerations, the three survivors happen to be from India, the U.S., and China.  The reduction in personnel has inevitably led to further delays in hearing cases and there is currently a backlog of about eleven pending appeals.

Worse, the terms of office of two of the three, the members from India and the U.S.,will expire in December this year.  At that point, given the absence of a change of heart by the U.S. on new appointments, the Body will no longer be able to hear new appeals since it will lack a quorum.  Under its working procedures, the three current appointees may still be able to hear and finish current and pending appeals but even this is not certain.  The U.S. objects to these working procedures and the surviving member of the Body from the U.S. may decline to participate.

The U.S. seems determined to run the current Appellate Body into the ground, perhaps calculating that it will then be in a stronger position to impose its own vision further down the line.  Most informed observers expect that the Body will no longer be able to function as from December next. Does this matter?

The trade dispute settlement system was considerably strengthened when the WTO came into existence in 1995, and was regarded as ground-breaking in terms of international law.  No longer, as in GATT days, would governments be able to block the adoption of reports issued by dispute settlement panels (the initial bodies of recourse).  Instead they could appeal to an Appellate Body but the ruling of the latter would be binding.  Those who flouted the rules would either have to change their ways or suffer authorised “retaliation” by their trading partners.

Even if the new system has had its critics, it has undoubtedly been a major constraint on WTO-inconsistent trade measures. A total of 587 cases have been or are being dealt with.  The very existence of the system has put the brakes on, since most governments do not like being taken to court.  They are more likely to withdraw questionable measures unilaterally.  And the mere existence of the system can be a useful tool in dealing with domestic protectionist pressures.

Now the U.S.,one of the prime architects of the system, seems to want to dismantle it.  Many other governments around the world, increasingly susceptible to the rising tide of economic nationalism, will then be tempted to flout the rules.  We may be in danger of reverting to the law of the jungle in which power and bilateral arm-twisting become the predominant characteristics of international economic relations.

There are however still many who are strongly attached to a rules-based international trading order, because they support the rule of law and believe that, imperfect as the WTO undoubtedly is, it offers at least some semblance of a level playing field.

In July 2019 the European Union and Canada announced an agreement under which, in the event of the demise of the Appellate Body, they “envisage resorting to” an interim system of arbitration in any disputes between them which would preserve the essential principles and features of the WTO dispute settlement system. The idea is essentially to replicate the Appellate Body through a bilaterally-agreed arbitration procedure administered by the WTO Director-General.

The EU and Canada hope to broaden this agreement to include as many other WTO member governments as possible.  They have acted prudently so far, from fear of making the demise of the Appellate Body a self-fulfilling prophesy, but the pace is likely to quicken.  How far they can go with this safety net is at present an open question.

Beyond reasonable doubt the U.S. will not participate, which would place a major limitation on its effectiveness from the outset.  The EU and Canada recognise that their proposal is a second-best interim solution.  However, an important consideration is that the WTO’s Dispute Settlement Understanding remains on the books, and could be resuscitated at any time if the U.S. has a change of heart.

What does this all mean for business?  After all, these trade disputes in the WTO are between governments, not companies.

The first point is that, whether we realise it or not, international trade has been governed for decades by norms laid down by the GATT and the WTO.  These cover customs procedures, food safety standards, technical barriers to trade, anti-dumping, subsidies, business services and a whole host of other areas which affect trade on a day-to day basis.  These norms may not be all we want but they do provide basic ground rules.  We take them for granted at our peril. Anything that undermines their observance will produce unpredictability, affect supply chains and increase costs.

Second, governments do not act of their own volition in the WTO.  Most if not all dispute cases are taken at the behest of industries.  Whether it’s bananas or aircraft or intellectual property, there are real commercial considerations at play.  It’s true that small businesses do not have the luxury of being able to spend time and money on pursuing formal government-to-government disputes.  Even so they benefit from the certainty, predictability and transparency of rules, and rulings, of the WTO underpinned by dispute settlement.

It’s worth noting that, apart from dispute settlement, other elements of WTO reform are also being discussed, for example;

The ideological divisions between countries are such that quick progress cannot be expected.  But at least the debate has started.

Cynics might say that the current U.S. Administration’s eventual aim is to dismantle the WTO in its entirety, so these efforts are pointless. The evidence does not seem to bear this out. The United States Trade Representative has indicated more than once that he sees value in the system even if it needs a radical overhaul. At the recent G7 meeting President Trump said that he was not yet satisfied with the various proposals aimed at fixing the WTO but added that “we’re getting there”.

The current crisis in the WTO is, hopefully, not existential in nature although it is certainly very serious.  The system is being challenged as never before and gives the appearance of being in survival mode. As usual it is responding, albeit too slowly.

There is potentially enough political support around the world for the WTO to get through this phase and emerge into a more constructive era.  It would be unwise however to take this for granted and business support is badly needed.  Trade drives growth but both are slowing down.  The last thing we need right now is further erosion, or worse, of the principles of the trading system which have stood us in such good stead for so many years.

Stuart Harbinson is a former Chief of Staff and special advisor at the World Trade Organisation. He is a consultant to Hume Brophy on international trade policy issues.