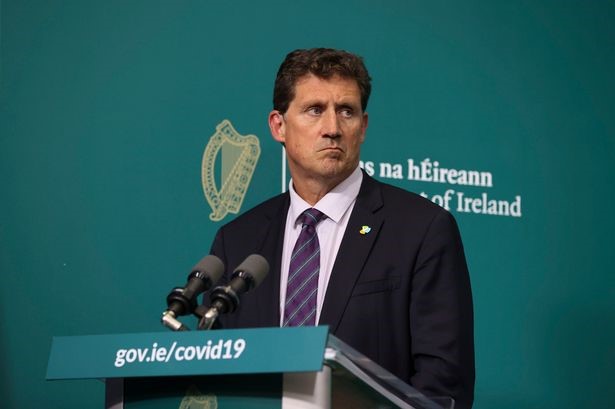 Ireland looks set to impose some of the most significant changes to its waste and circular policy in recent decades following the publication of the General Scheme of the Circular Economy Bill 2021. Seeking to transform the country’s approach to consumption and production, the Bill seeks to give the Government powers to impose product levies and bans on products which disrupt the circular economy.

This power will apply not only to the products listed in the draft General Scheme, but may apply to any product consumed in the Irish State which has implications for the circular economy.

The publication comes as the Department of the Environment prepares to transpose the Single Use Plastics Directive (SUPD) into Irish law, on or before 3rd July 2021. Under Article 4 of the Directive, the Commission mandates that Member States produce “national consumption reduction targets” for plastic items, with “economic instruments”[1] available as an option to achieve this.

Soft plastics used for packets and wrappers on the other hand are not subject to mandatory consumption reduction targets, but appear to be included in the Government’s planned Circular Economy Bill (Head 6, d).  The full list of products which may be subject to environmental taxes under the Bill are:

According to the draft document, the ceiling price for an environmental levy placed on one of the aforementioned products will be €1 and will be applied to the retail sale of a given packaged product, similar to the current plastic bag levy. The revenues raised from the aforementioned environmental levies will go towards the Circular Economy Fund, which the Government plans to establish under Head 4. The Circular Economy Fund will replace the existing Environment Fund, which the Government uses to support a range of waste reduction measures.

The General Scheme does not, however, stipulate how the rate of the levy would be calculated. While with plastic bags, the use of a flat levy was feasible due to the lack of competition between products, levying single use plastic packaging at a flat rate, could push consumers to favour one food product or brand over another by virtue of the packaging related cost, or may push consumers to opt for larger packet items to maximise value.

Under Head 6, the Government will also be given the power to place market prohibitions on single use plastic products which disrupt the circular economy. The legal power to do so is originally contained in the SUPD, which allows Member States to “impose marketing restrictions”[3] for the purposes of preventing such products from becoming litter and in order to ensure that they are substituted with alternatives that are re-usable or do not contain plastic.

The General Scheme of Ireland’s Circular Economy Bill allows for the Government to impose such restrictions, but again, no mechanism is given in the document regarding how to determine whether a product is disrupting the circular economy, nor a threshold defined beyond which a ban would be justifiable.

Should Government wish to impose levies or bans on any products, they will need to draft a Regulation  to do so. This form of secondary legislation will need to be approved by Government and the Oireachtas, but will not need to go through the formal legislative process.

Extension to Other Products

Perhaps most significantly, under Head 6, 14(a), the Bill also gives the Minister and Government powers to extend the list of products which can be either levied or banned, by allowing the Minister prepare a “provisional order extending the application of this section to such other types of article as he or she considers appropriate by”.  Again, this form of secondary legislation will need to be approved by Government and the Oireachtas, but will not need to go through the formal legislative process.

The General Scheme of the Circular Economy Bill will now be sent to the Joint Oireachtas Committee on the Environment, Climate and Communications for scrutiny by its members. This provides an early feedback loop between the Department and Parliament so that necessary changes to the legislation can be made at the time of drafting, rather than post-publication.

Concurrently, the Office of Parliamentary Counsel will be drafting the legal text of the Bill, in line with the principles of the legislation set out in the General Scheme.

This is likely to attract significant interest, given the contentious and far-reaching nature of the legislative proposals.

Given the arithmetic of the current Dáil, with Government commanding a majority, early engagement and consultation with relevant Department and parliamentary committee is key to ensure that the legislation being developed will realise the ambitions of policymakers, once implemented.

For enquiries on these pieces of legislation contact Eamonn.Lawler@humebrophy.com