EU sustainability files provide a target, we need to do the work

The European Commission has come under fire this week after Commissioner Thierry Breton said that the target of 2035 to ban all new sales of internal combustion engine (ICE) vehicles could be subject to review.

“I said that it was very important that we have a review clause … as soon as possible, so that we have the time to react if it is necessary — because evidently, we are talking about a gigantic changeover of an entire industrial sector, in the largest sense,” — Commissioner Thierry Breton

The review clause is necessary to ensure that if the market, and infrastructure, for electric vehicles has not been established then the deadline of 2035 may need to be pushed out.

The dose of reality coming so soon on the heels of the success of agreeing the date for the end of sale of new ICE vehicles certainly dampens the mood.

On a more positive note the European Commission are already moving forward. While a key element will be the coming legislative measures on the EU Battery Regulation and the Critical Raw Materials Act will be key debates, work also continues in infrastructure development under the EU program — the Trans European Transport Network.

🌍To bring down transport emissions, we need to put in place the right #infrastructure!

TEN-T has become even more important given the sustainability objectives for transport in the EU. The continuing support and prioritisation for these projects across the EU is vital to keep on track for our sustainability goals.

Nonetheless, mark the calendars for 2026 for another discussion on the ban of sales of new ICE vehicles.

The US Inflation Reduction Act, signed into law by President Biden in August this year, is lauded as a major development in sustainability in the transport space. It aims to provide $369 billion for climate change and green energy investment over the next 10 years.

The package has it’s critics however with the European Commission raising concerns that the measures in the Inflation Reduction Act that provide tax credits and subsidies to US manufacturers for electric vehicles could breach WTO rules. Japan and South Korean have also voiced concerns.

While some member states are already calling for retaliation, the European Commission are preferring to work towards some sort of negotiatied solution. On October 26 a special EU-US Task Force on the Inflation Reduction Act (IRA) was announced.

The Task Force will address specific concerns raised by the EU related to the IRA. Both sides agreed on the importance of close coordination to support sustainable and resilient supply chains across the Atlantic, including to build the clean energy economy.

The Commission will give the negotiating process time and support to seek a resolution. EU trade Commissioner Valdis Dombrovskis commented:

“It probably will not be easy to fix it, but fix it we must. We will give negotiations a chance before engaging in further considerations.”

The difficulty for the US government is how to address the concerns of it’s allies without reopening the Bill, which was a difficult bill to pass and only did so thanks to the casting vote of Vice President Kamala Harris.

Read the full article at www.euractiv.com

The EU will attend COP 27 next week and are hosting a range of events over the course of the week, three of which will focus on sustainable transport which can be followed online for those not attending in person.

Will you join us?

Follow the event live or catch up on what was said – COP27 EU side events at transport.ec.europa.eu

In November 2022, the world will come together for the next round of climate negotiations at COP27 in Sharm El-Sheikh…

Research on eVTOL / eCTOL opportunity in the UK

EAMaven was engaged by the Future Flight challenge at UK Research and Innovation to undertake a deep dive analysis of 20 potential routes across the UK to assess the viability of AAM in the UK.

The results from the study are impressive. The research identified 390 potential routes with one airport having 28 routes which included both eVTOL and cVTOL. An estimated five million passengers per week could use the services rather than by car, driving benefits to decarbonisation.

To meet this demand, 224 aircraft would be needed of which 160 four-passenger eVTOL and 64 19 passenger eCTOL. Annual revenue generation is estimated at £704 million per year. 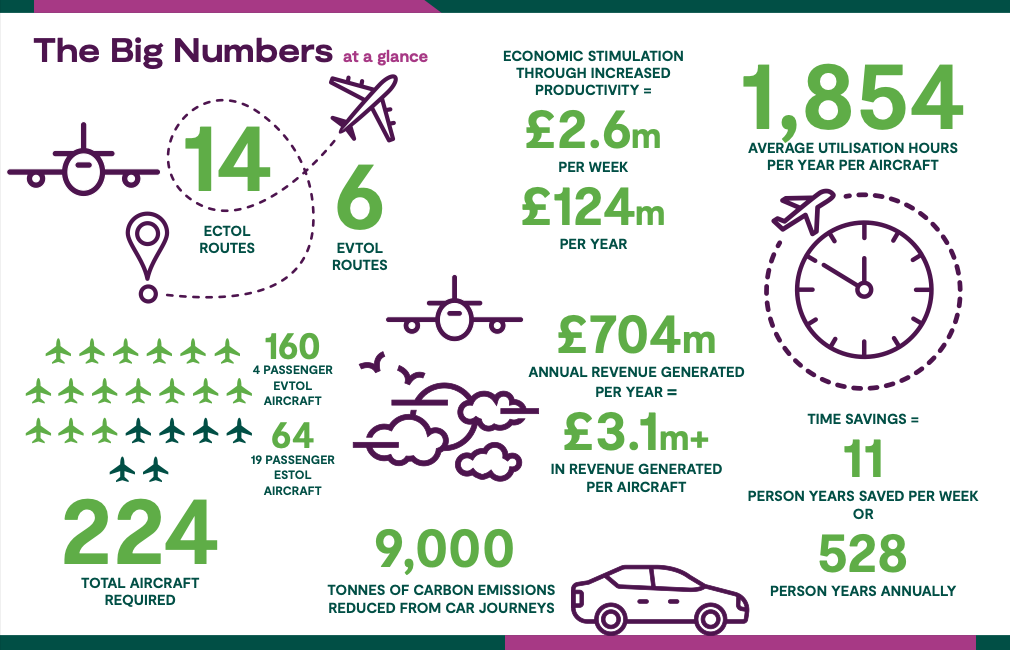 A very welcome piece of research from UKRI which will support the development of AAM and the use of electric aircraft for regional connectivity.

Chair of the UK Transport Select Committee, Huw Merriman MP, was handed a new brief in the latest Government reshuffle and has taken on the role of Minister for Rail and HS2.

The process has begun to find a new Chair for the Select Committee. The nomination period will run from 31 October to 15 November. The new Chair will be elected from the Conservative party.

📢Nominations for Chair of the Transport Committee are open until 12 noon on Tuesday 15 November.

You can keep up with nominations as they come in on our website👉https://t.co/4O6cdnDsrA

I am the Director for Strategic Relationships in Hume Brophy’s Brussels office and have 15 years’ experience working in public affairs. I focus primarily on transport policy at the EU level. I specialise in dealing with heavily regulated sectors and helping our clients to develop and maintain networks with senior figures in the European Institutions. I am also a Certified Data Privacy Practitioner and provide advice on GDPR concerns.
Find out more