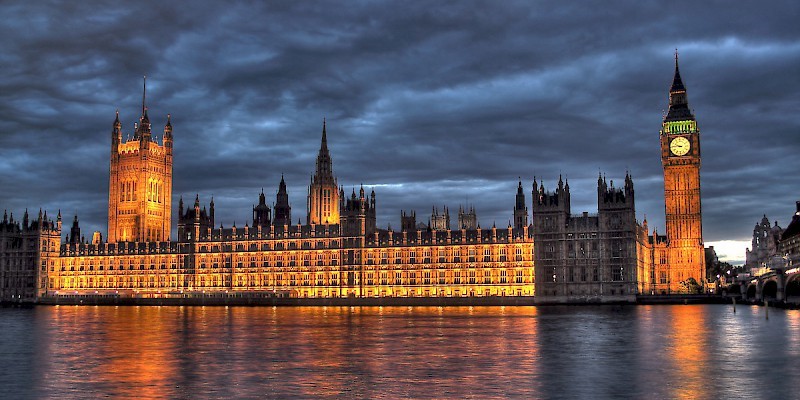 This lunchtime the Chancellor of the Exchequer, Rishi Sunak, delivered one of the most significant statements of his short but turbulent time in office. The combined Budget and Spending Review saw him set out a series of meaningful public spending commitments on government priorities including levelling up, the net zero agenda, stabilising the NHS and bolstering public sector pay. Alongside this, he announced a surprise real terms increase in public spending for every single Whitehall department each year between now and the end of the Parliament.

This Budget was big on rhetoric – Sunak heralded “a new age of optimism” and positioned his Budget as the foundation of “the stronger economy of the future” – but equally substantial in policy terms. In perhaps his most politically significant move, Sunak announced changes to Universal Credit which will see two million families £1,000 a year better off. Elsewhere, he announced the opening of first round bids for places across the UK to access a new levelling up fund. There were sweeping changes to alcohol duties, with personal taxes largely unaffected beyond the recently announced rise in National Insurance. The bold, reforming agenda this Government hopes to put forward may have to wait until the economic outlook is more certain, but its direction of travel is clear.

Despite government spending reaching levels unseen for decades, the Chancellor went out of his way to reassure colleagues that he is committed to ensuring the country lives within its means. He went on to say he is aiming to create “a society that rewards energy, ingenuity and inventiveness” and “a society that rewards work”. By confirming that “by the end of this parliament I want taxes to be going down not up”, Sunak made it clear that this Government already has one eye on the next general election – and a fifth consecutive Conservative-led term in office. The attached briefing provides further details on the key announcements made by the Chancellor today.

One measure which took over headlines in the days ahead of the Budget was an increase to the National Living and Minimum Wage. Adults over the age of 22 will see a £0.59 (6.6%) increase, taking the hourly rate to £9.50 from 1 April 2022. As part of the spending review, the public sector pay freeze was thawed. While this looks like an increase, with cost of living increases this will merely fill the gaps for many people. It is already a cause for concern with businesses who are still recovering from the pandemic and who must cover the increase.

The measures announced will improve the quality of life for many people, however, how many and to what extent? Cancelling the planned fuel duty increase and reducing the Universal Credit taper by 8% will be welcome, but is it enough?

The Chancellor has pledged a £5.9 billion tranche for the NHS in order to help ease backlogs. This will be divided among a number of initiatives, including investing in data and technology; transformation of diagnostic services; and increased capacity, equipment and new surgical hubs. There was also vital investment into health research and development with £5 billion to invest in areas including newborn screening, genomics sequencing and health inequalities. This helps support the Government’s UK Life Sciences Vision which was set out this summer, as well as the aim to level up quality of life and health across the country.

Levelling up the playing field

Part of the Government’s wider Levelling Up agenda, £7 billion has been allocated for transport in areas in the North and Midlands. The money will be used for infrastructure improvements, fares and services, including ‘London-style’ transport deals. Elsewhere, £2.6bn has been pledged for local road upgrades and maintenance.

The Chancellor announced the first round of bids for the Levelling Up Fund worth £1.7bn have been allocated, meanwhile cultural sites will see £850m for improvements and restoration. Part of the levelling up vision includes improving quality of life and restoring pride in where we live. To support this, there was £300m pledged for early years support and £560m for youth services.

Meanwhile, the Government is continuing its drive towards vocational and skills training, with £3 billion provided for related measures. Schools and colleges will receive additional funding for post-pandemic education recovery, while £560m is earmarked for a basic maths literacy – all helping to overcome inequalities and level up the population. Investing in investment and support for business

A new ‘Global Britain Investment Fund’ will be created, with £1.4 billion provided to increase investment into the UK and attract both foreign companies and talent over. In conjunction, new Global Talent Network to identify and attract high skilled science and tech talent was announced. £150 million will go into a regional angel investor programme, providing small businesses with access to early stage funding. From April 2021, an R&D tax relief will come into effect to incentivise investment into the UK, while Innovate UK’s annual budget has been doubled to reflect the Government’s commitment to domestic innovation and research. Ahead of COP26, the Government also slipped in a £30bn investment into green industries of the future. The £1m annual investment allowance will be extended to March 2023, and while the bank surcharge is being reduced to 3%, corporation tax for banks will go up 1% to 28%. The Chancellor confirmed business rates will be retained but with reform including new investment relief to encourage the adoption of green technologies (such as solar panels), relief for property improvements, and cancelling the multiplier increase. He also announced a 1 year 50% rates discount for eligible retail, hospitality and leisure businesses, up to £110k.

Brexit was credited for making an overhaul of the alcohol duty system possible – rates will be based on strength of drink with additional reliefs introduced. Reforms to the Tonnage Tax are being introduced to lure foreign shipping companies – with the new scheme expected to reward companies who fly the Red Ensign. Meanwhile, air passenger duty will be amended to reduce the rate for flights between UK airports and introduce an ultra long haul banding both from April 2023. While the change to APD will benefit the UK’s regional airports, encouraging domestic air travel is a bold move as we approach COP26.